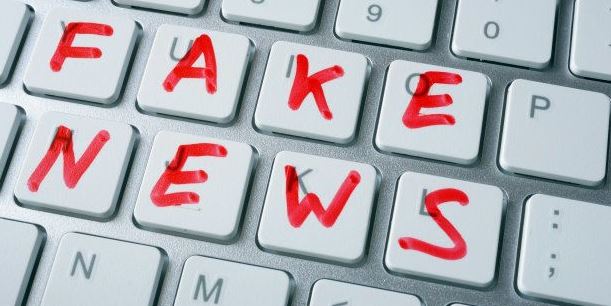 I taught my 5th-graders how to spot fake news. Now they won’t stop fact-checking me.

It’s more important than ever to teach kids how to read news critically.

Students in Auckland, New Zealand work in their classroom in May, 2016. Fiona Goodall/Getty Images

It was a fall day in 2014, and my classroom was full of excitement. My students had transformed themselves into historical figures for a living history project. I was going to broadcast it online so other schools could watch our “Age of Exploration News Conference” live.

One half of the class researched and dressed up as European explorers like Christopher Columbus. The other half acted as news reporters from all the major outlets ready with questions. It was my attempt to bring history to life.

Andy stepped to the mic. Several classes from across America were watching live online. It must have felt like millions of people to a fifth-grader.

Andy was acting as Ferdinand Magellan, the first person traditionally credited with circumnavigating the globe. He stood up tall and leaned into the mic ready to face the media.

“Are there any questions?” Andy, as Ferdinand Magellan, asked the group of energized 10-year-old “reporters.” One quickly got his attention with a loud request.

“Yes, what are you famous for and when did you do much of your exploration?” asked one of my student reporters.

The class started to laugh. To Andy’s credit, he bounced back from the laughter and the clear embarrassment he felt and finished his news conference strong.

I pulled Andy aside later and asked where he had found the information.

He had been researching online and felt so confident that his answer was accurate. I felt horrible. I had let him down by not teaching him how to test the reliability of a source.

The need to teach students how to vet information is only more urgent now, in the age of "fake news." A recent study showed that on social media, fake news, defined as deliberately falsified news articles created to drive clicks, was shared over 35 million times during our most recent election cycle.

I’ve spent 23 years teaching in a Southern California classroom, and we’re seeing a true bubble of false information online. Here's how I've adapted my curriculum and teaching style to make sure my students know which sources to trust — and which to reject.

To make sure I wouldn’t have any student in the same situation as Andy ever again, I started asking my students to examine seven different elements of a news article. If the information checks out on each of these points, it has a high likelihood of being accurate. Still, passing the test is not a guarantee that it’s fact.

The only problem was that I hadn’t developed a way for them to put their new knowledge to the test. Sure, I could give a traditional test, but knowing the large amount of testing my class already has to do, I wasn’t willing to add another to their lives.

I had recently started a grassroots effort with a few other educators focused on infusing play back into the lives of children. The program is called Global School Play Day. As a big believer in the concept of “play to learn,” I wanted to put my students in a situation that allowed them to play with the fake news, and even create some themselves to understand how easy it is to share.

I needed my students to understand that “fake news” is news that is being reported as accurate, but lacks reliability and credibility. A good example are the widely shared stories of the pope endorsing one presidential candidate over another. I decided to devise a game, the goal being to tell fake news from real news.

The first place I went to is world renowned for their creation of fake news: the Onion. I knew it would be a simple jumping-off point for finding things my students could research to see if it was fake or true.

We then used a great site for kids called Newsela.com, which takes articles from multiple sources and makes them accessible to a variety of reading abilities. This would serve as the real news website. From there, I explained the rules of the game we would play. Then the game was on!

Imagine a Simon Says style game where I present an article found on the web on a projector. Students research for two to three minutes, then respond by standing or staying seated to signal if they believe the article is true or fake. My students absolutely loved the game. Some refused to go to recess until I gave them another chance to figure out the next article I had queued.

Simon Says for fake news seemed to hook the kids in, but I wanted to provide a deeper opportunity for understanding so the concept would really stick. The popular gameshow To Tell The Truth was a bit before my time, but I had seen enough to understand the idea. On the show, three people would speak to a panel of celebrity experts who would try to figure out who was telling the truth about their identity. The panel of experts was given a chance to do their own research by asking questions. I took the main concept of that show, gave it a twist, and have now landed on our own version.

The Simon Says-style game has morphed now so that we can challenge other classes. Each class has three students on camera using Skype, then reads three news stories. Only one is fake. Students work in teams to see if they can be the first to prove which of the three is the “fake news.” Classes trade turns between sharing the stories and identifying the fake news.

What started out as an in-class learning game has shifted to an online game with classes from anywhere across the United States.

The kids really enjoyed the fake news stories. It gave them something to laugh, talk, and debate about. But the game has also led to a class discussion on whether we should support sources that share fake news. There were several references to the tabloid magazines sold near the checkout register in the grocery store. Ultimately, my students expressed the importance of being able to identify which news is fake and how this content can be used to manipulate them and their decisions.

The challenge for my students comes back to understanding the difference between someone who is sharing their opinion and someone who is creating news that is meant to mislead, either as clickbait or to influence those who don’t take the time to verify accuracy. We talk about how facts can be verified, whereas opinions typically can be supported with evidence, but are far more debatable and take a position within the debate. Now that my students have a greater understanding of fake news, our new game for the end of the year will be “Fake or Opinion” instead of “Fact or Opinion.”

It’s interesting what you overhear as a teacher. We hear a lot, and this election cycle had more of my 10- and 11-year-old students talking politics with each other than any other year I’ve taught during a presidential election cycle. Through those conversations, I could hear fear, confusion, and misunderstandings. It was one of the reasons I needed to encourage my students to read and learn more on their own, which turned me back to the question of how they identify misinformation and fake news and ultimately to the learning game I created for them.

I set out to help my students read news more critically, and I feel that these games have shifted the way my students approach online content every day. Time will only tell if this lasts beyond my classroom, but the early impact outcomes are very positive. One unintended consequence is that I now have 33 10-year-old fact-checkers in my classroom that I’ve empowered to call me out if I’m sharing fake news.

Confession: I still love to slip fake news in about the content we are studying to keep sharpening their skills.